In late November, Manchester United left it late against Southampton, with Cavani providing the winning goal. After the match, Cavani celebrated on Instagram by responding to a comment using the word ‘negrito’. The word is considered as ‘improper’ and ‘aggressive’ by the FA. 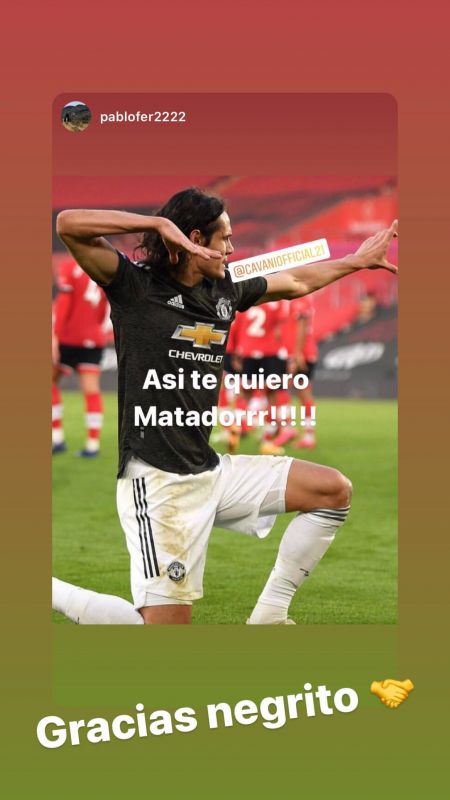 Cavani has since moved forward to issue an official apology for the wrong interpretation which the word might have attracted. Although it was not intentional, this might lead to a three-match ban if found guilty. Cavani has up to 4th of January 2021 to respond, failure to which the fine will be imposed. The club and teammates have expressed their support for the forward as they are convinced that he had no ill-intention in using the word.

Manchester United have found a new LEADER in Cavani

Nyamai Kyalo Charles - January 23, 2021
0
Jesse Lingard has been axed from Manchester United's 22-man core list. He has since been replaced by new arrival Amad Diallo. The player's omission from...

Nyamai Kyalo Charles - January 23, 2021
0
Manchester United manager Ole Gunnar Solskjaer has admitted that he is not sure whether or not Juan Mata will be at the club next...

Tricky quiz – Only die-hard fans of the Red Devils will be able to...

Tricky quiz – Only die-hard fans of the Red Devils will...

Tricky quiz – Only die-hard fans of the Red Devils will...

QUIZ: How well do you know Ryan Giggs?